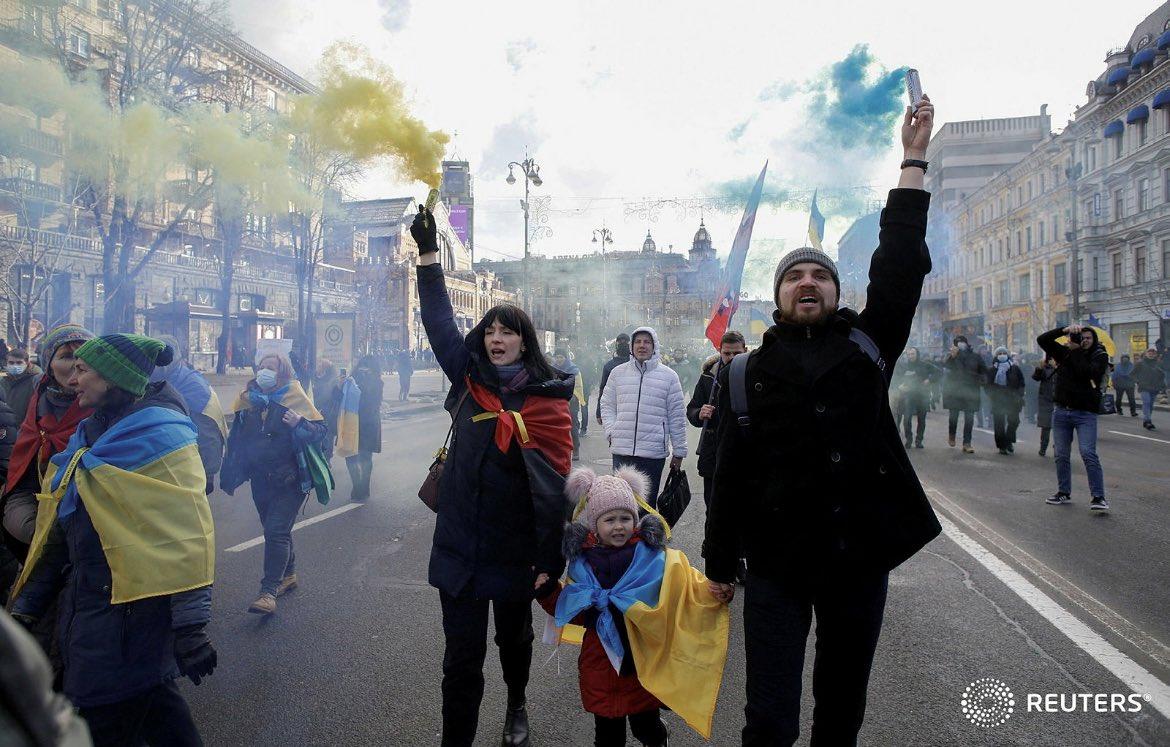 As tensions between Ukraine and Russia continue to go back and forth, some world leaders have stepped up their talks on how to combat the conflict peacefully. Meetings come as many fear a Russian invasion of Ukraine and a potential war that would break out as a result of that. French President Emmanuel Macron has met with Russian President Vladimir Putin in Moscow while President Joe Biden is hosting German Chancellor Olaf Scholz in Washington.

With Russia hosting more than 100,000 troops on its borders with Ukraine, many have accused the country of planning an invasion of sorts, which Russian officials have been denying. Tensions between the two countries are happening again almost eight years after Russia’s annexation of the Southern Crimea Peninsula in Ukraine and a rebellion that took place in Donbas.

A US official has also warned Biden of Russia potentially invading Ukraine. President Biden and security advisor Jay Sullivan have advised any Americans that are in Russia or Ukraine to leave. Biden has threatened to shut down and stop Nord Stream 2 Russian gas pipelines in Russia as a protest against the country. “If Russia invades again, there will no longer be longer Nord Stream 2. We will bring it to an end” Biden said. White House National Security advisor Jake Sullivan spoke with ABC News and stated that the US is currently seeking a diplomatic solution. “Putin has put himself in a position of military diplomats to be able to act aggressively against Ukraine at any time now” Sullivan says. However, neither the President nor any other US officials have stated how their solution would be done, only answering when asked, “I promise you we will be able to do it.” Concerns of the issue are also coming at a critical time as the Olympic games continue to push through in Beijing. Sullivan mentions the importance of preparation as intervention could happen either during or after the Olympic and Paralympic games.

BBC is reporting that officials in Moscow are demanding that the NATO Military Alliance bans Ukraine from ever becoming a member, as well Ukrainian troops be brought out of eastern Europe. NATO has declined Russian requests and is now suggesting other solutions, such as lowering the use of weapons. Russia has also accused Ukraine of failing to enforce the Minsk Agreement, which is the international deal that would restore peace to the East in areas where Russian rebels control territory, sponsored by Germany and France. In 2014, 14,000 people had been killed in those areas.

Ukraine President Volodymyr Zelenskyy has warned that any confrontation with Russia would lead to a “full-scale war”. After speaking with U.K Prime Minister Boris Johnson, Zelenskyy has warned that war that involves Ukraine would affect the whole continent of Europe. The President has stated that if a war were to break out, it would not necessarily be a war between Russia and Ukraine but of the whole European continent. “This will be, unfortunately, a tragedy if the escalation against our state begins.” “No one will give up their territories and people anymore,” he stated in a press conference. During the week, the President signed a decree which would increase the military armed forces by 100,000 over the next three years.

The Associated Press is reporting that the Pentagon has ordered that 3,000 US troops be sent to Poland to reassure allies. President Biden and Putin are set to hopefully talk to each other in hopes of discussing the crisis together. Biden states that although troops are being sent over, there is no direct plan to go to war in Ukraine, but to serve economic sanctions against Moscow.

The Biden administration’s plan on the handling of the Russia Ukraine situation has been met with some criticism. The Daily Mail reports that Alexander Vindman, a former White House staffer and Ukraine policy expert who oversaw the Trump administration’s handling of Ukraine, has criticized Biden for acting too late on the issue. Vindman has stated that a Russian invasion would look bad for the United States and its most important European allies. “The senior policymakers didn’t seem to come around to this threat until really quite late” he tells Yahoo news. He argues that the United States should have already been helping out the Ukraine military with advancing military capability against Russian moves. Vindman’s criticism came after Biden has threatened that there would be no Nord Stream 2 Pipeline.